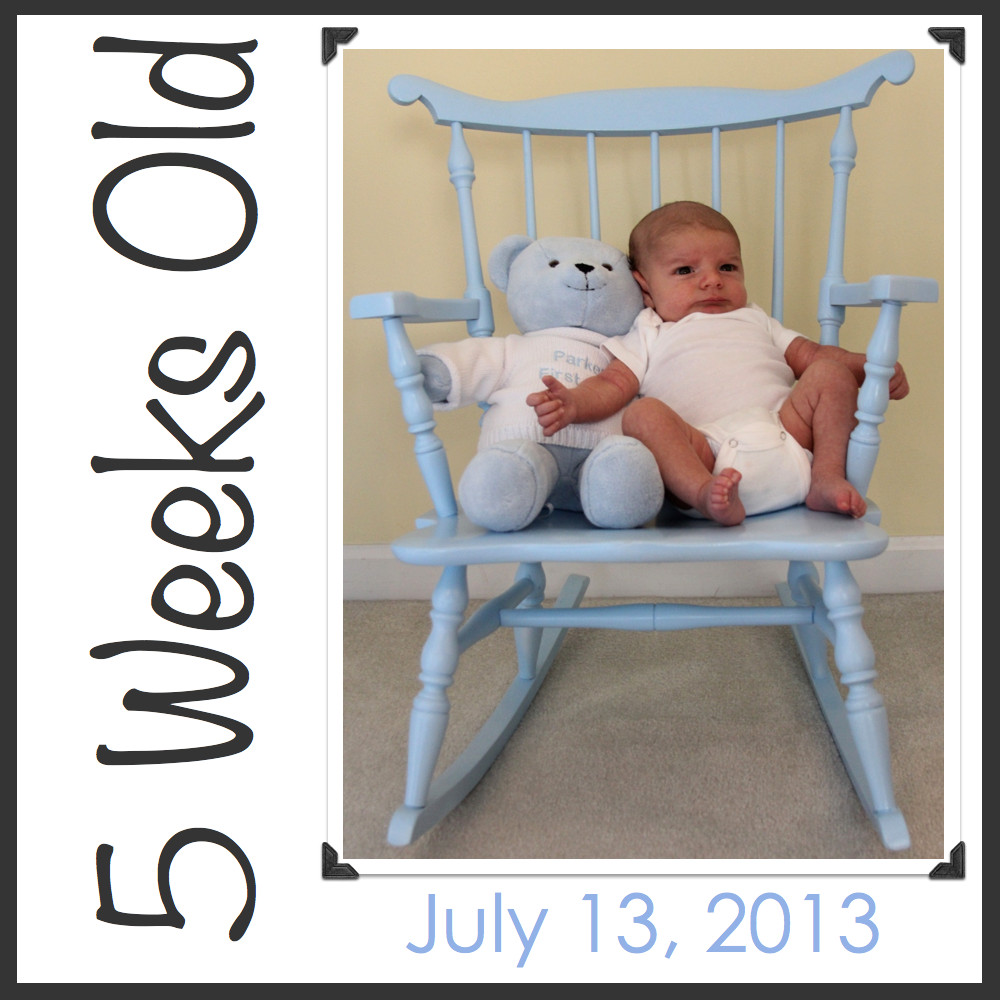 The summer is flying by, and Parker is growing by the day. Everyone keeps telling me how soon I’ll forget that he was ever this little, so I am taking tons of pictures and holding him as much as possible.

The first month felt a bit like I was living someone else’s life; as much as I absolutely adore my son, I missed the way things used to be. But now we’re five weeks in and I’m finally getting used to life with a newborn — it feels, dare I say, normal. It helps that I’m feeling much better physically and emotionally, and we’re getting out of the house much more often. In the last couple of weeks, we’ve been to the park, shopping, and friends’ houses. I love showing Parker off almost as much as the change of scenery :)

The most exciting thing this week has been witnessing Parker’s first “real” smiles. I was lucky to catch a few of them with my iPhone, and they are by far my favorite photos of him up until now. Most of the time he looks so serious; his smiley faces are so cute and playful. 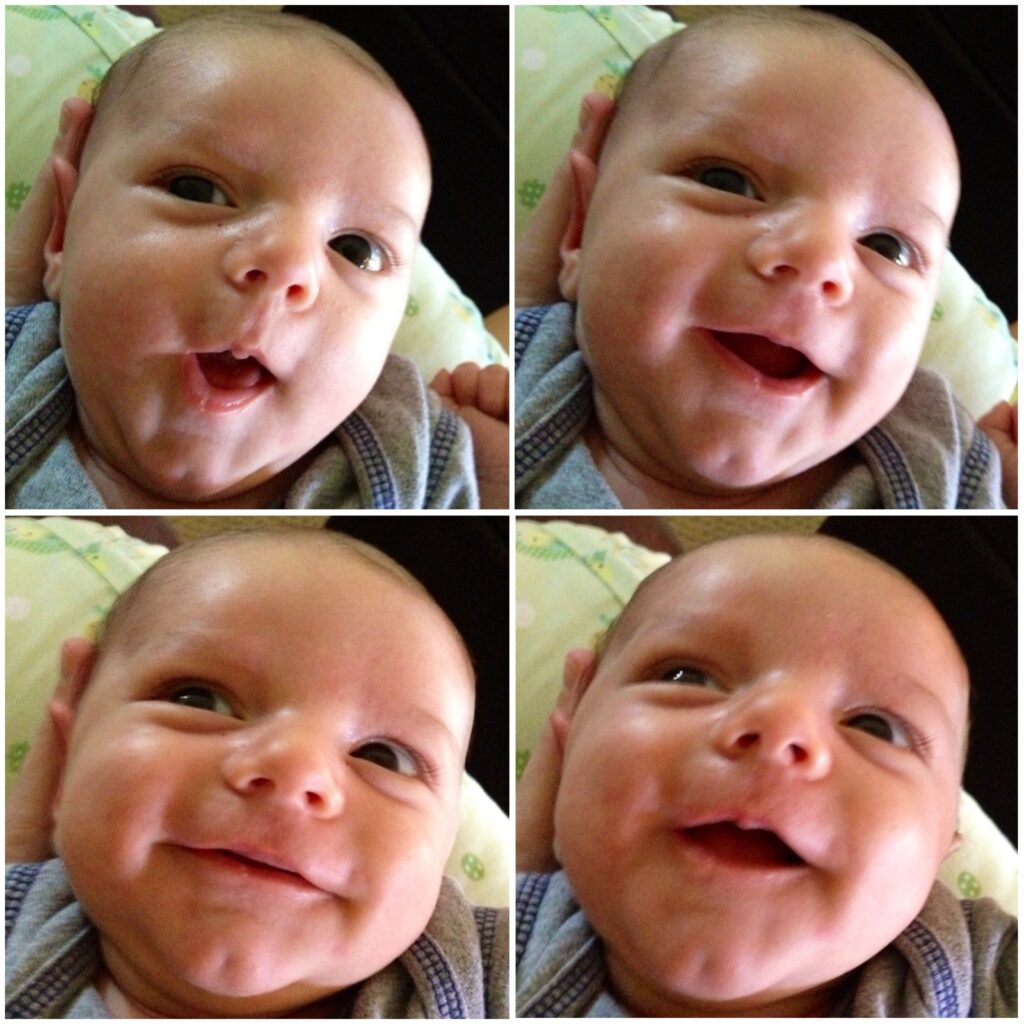 The most EXHAUSTING aspect of this week has been the constant eating. Parker’s going through what can only be a major growth spurt, and he demands food almost every hour of the day (and most nights, too). Luckily everyone tells me this is temporary, and soon we’ll go back to a much more normal eating and sleeping schedule.

So in the meantime, I’m just trying to enjoy the extra bonding we’re doing during all those feedings. Oh, and playing lots of Candy Crush Saga on my iPhone ;)