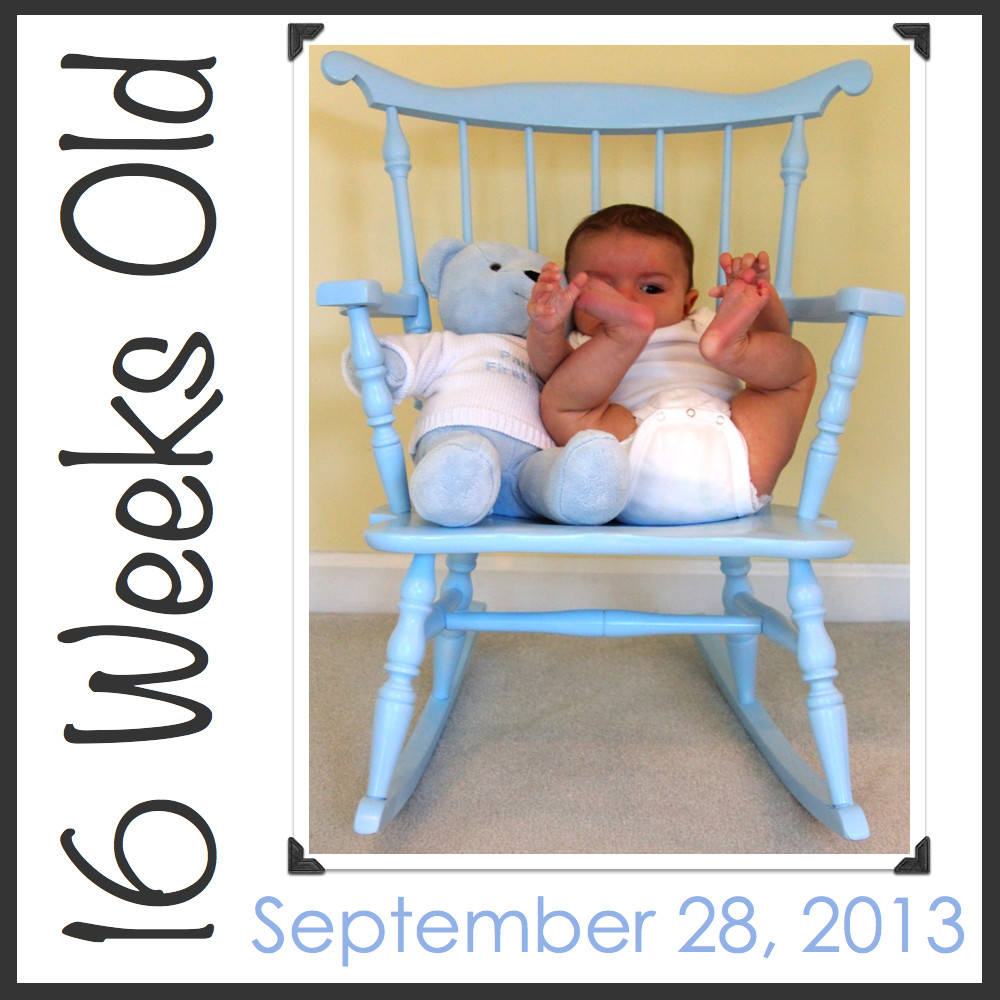 This picture is a quintessential portrayal of Parker at this stage of his life: the boy is OBSESSED with his feet. He discovered them a few weeks ago, and now all he wants to do is play with them and get them into his mouth. Yum!

To be honest, this week has been a little rocky. I’ve had a bad cold for the last few days…my first experience of being sick with a baby. Not fun at all. When I was sick with the same thing last winter, I laid in bed for 3 days taking cold medicine and complaining how awful it was to be sick while pregnant. If only I’d known how good I had it! This time around, I didn’t take any meds (since they can have a negative effect on milk supply) and definitely didn’t have the option to stay in bed all day. 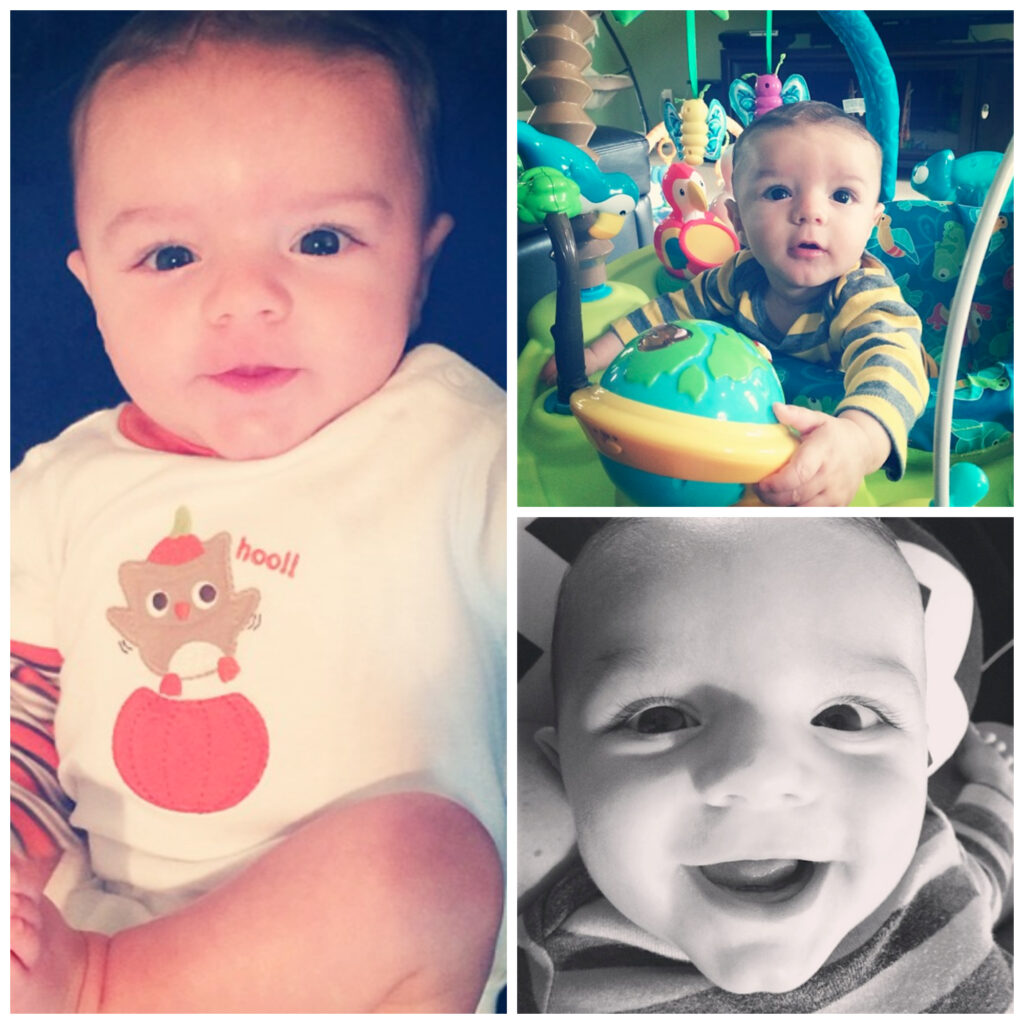 As gross as I felt, it really is hard to have a bad day with this cutie around. We broke in a bunch of new fall clothes, played in the exersaucer, and cuddled on the couch lots this week. I think he could tell that I wasn’t feeling well, because he was such an angel baby and much lower maintenance than he usually is.

I started feeling better on Friday afternoon, so we took advantage of the Indian summer weather and went to the park. Then last night we went out to our first dinner as a family of 3 at a new restaurant, Engrained. The food was great, and it was a perfect night to sit outside. 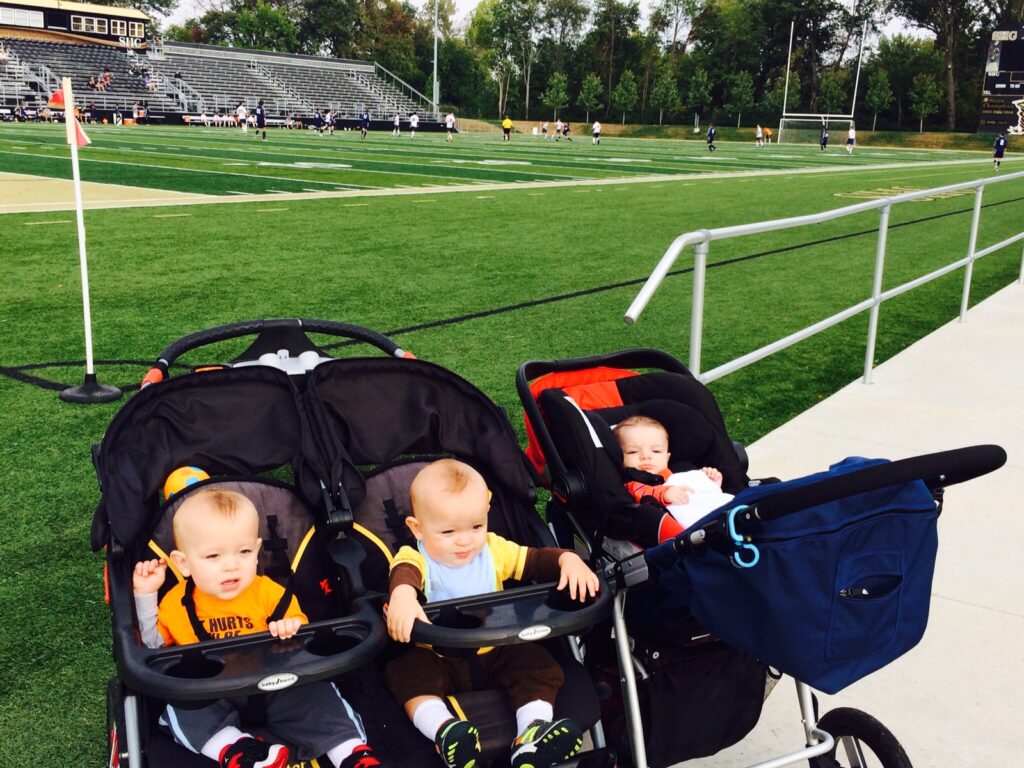 On Saturday morning, Zach and Parker scooted out of the house bright and early so that I could record my music therapy podcast without the usual background noise. They met up with our friend Jose Carlos and his twin boys, who are turning one in a few days!

Parker is going to be 4 months old on Tuesday, and on Wednesday we are heading back to the pediatrician for his 4-month appointment. Then we’re going to the DMV to pick up his driver’s license after which he’ll head off to college. Just kidding…but seriously, time needs to stop flying.