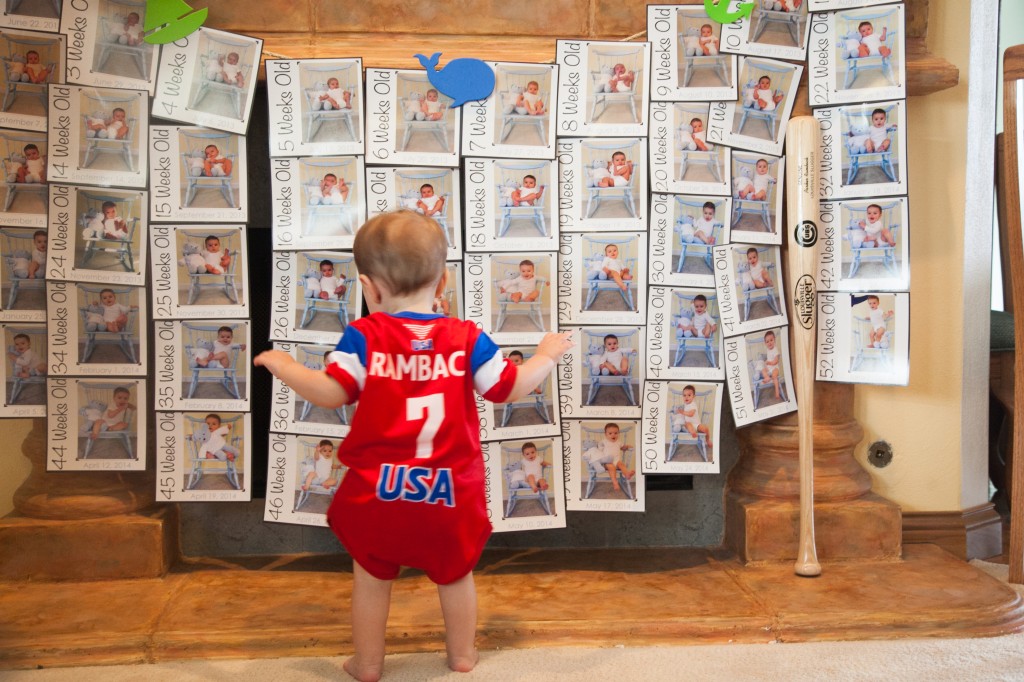 After almost two years of taking weekly photos, we’ve wrapped up our latest project. The first was my pregnancy series, and no one was happier to see that end than Zach and I — finding a fruit that corresponded with the baby’s size became more stressful each week.

But the “52 Weeks of Parker” series coming to a close was a little more bittersweet, and for obvious reasons. Getting Parker to pose for his weekly photo was no easy feat in those last couple of months, but somehow we managed to pull it off. 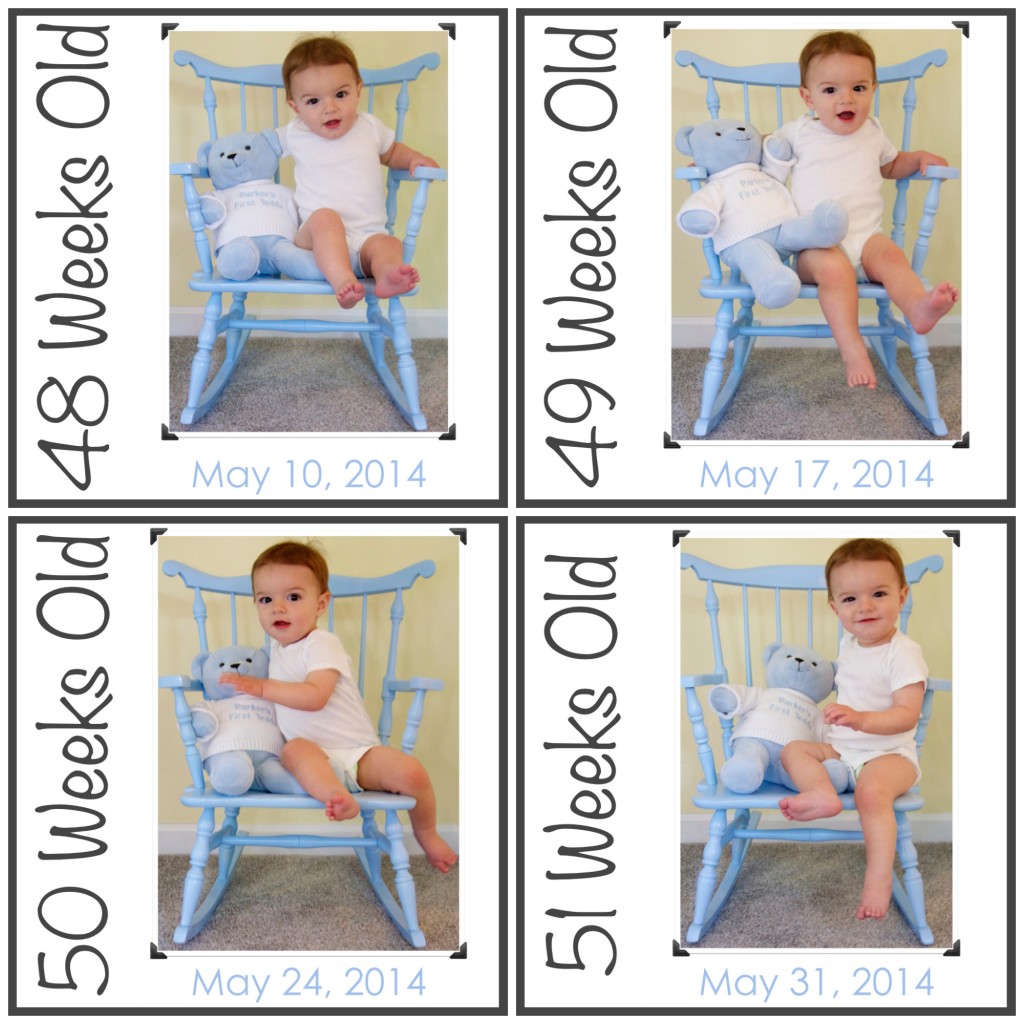 For the most part, Parker was a good sport and played along with us. We got some pretty cute shots, and I know we will treasure the photos that show his growth throughout the first year. But the best photo of all is the very last one: it says loud and clear, “ALL DONE!” 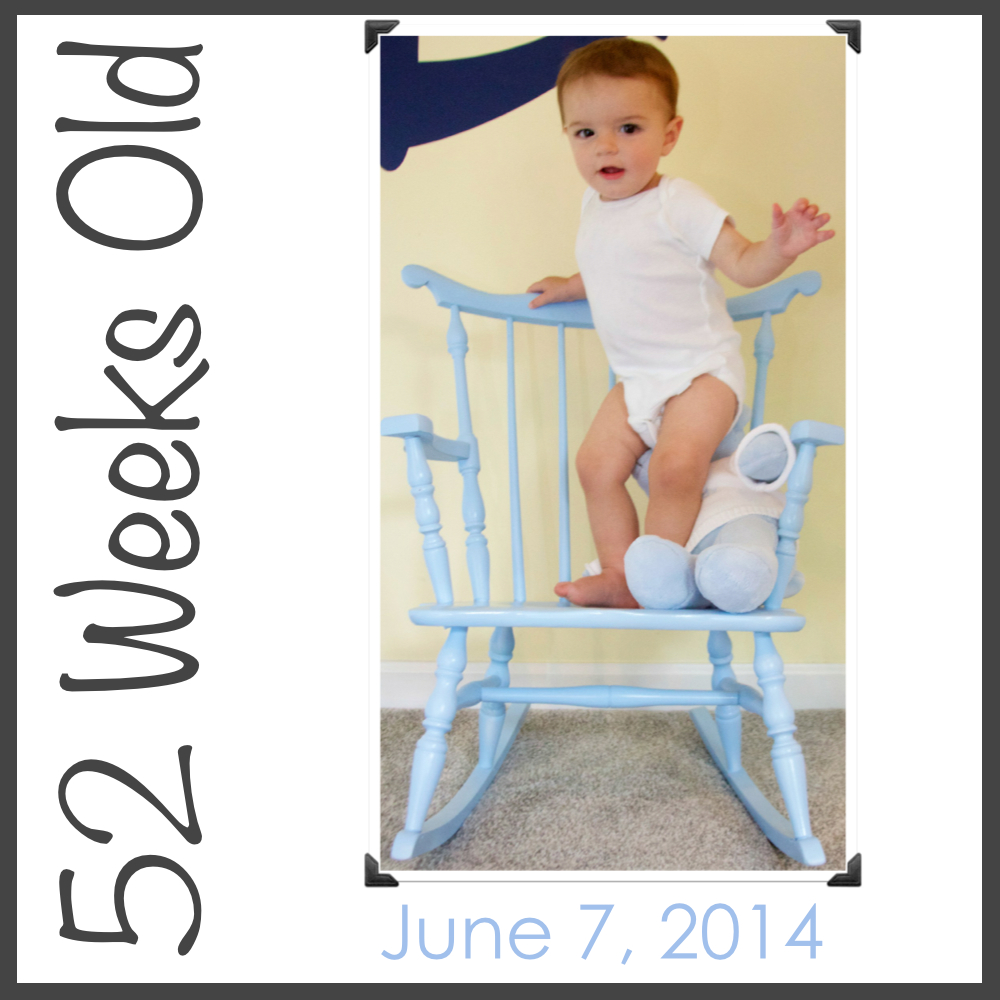 I had the photos printed and then hung them up for everyone to see at Parker’s first birthday party (more on that coming soon). I also made a little video and recorded a special song to go along with it. Watch the video here.