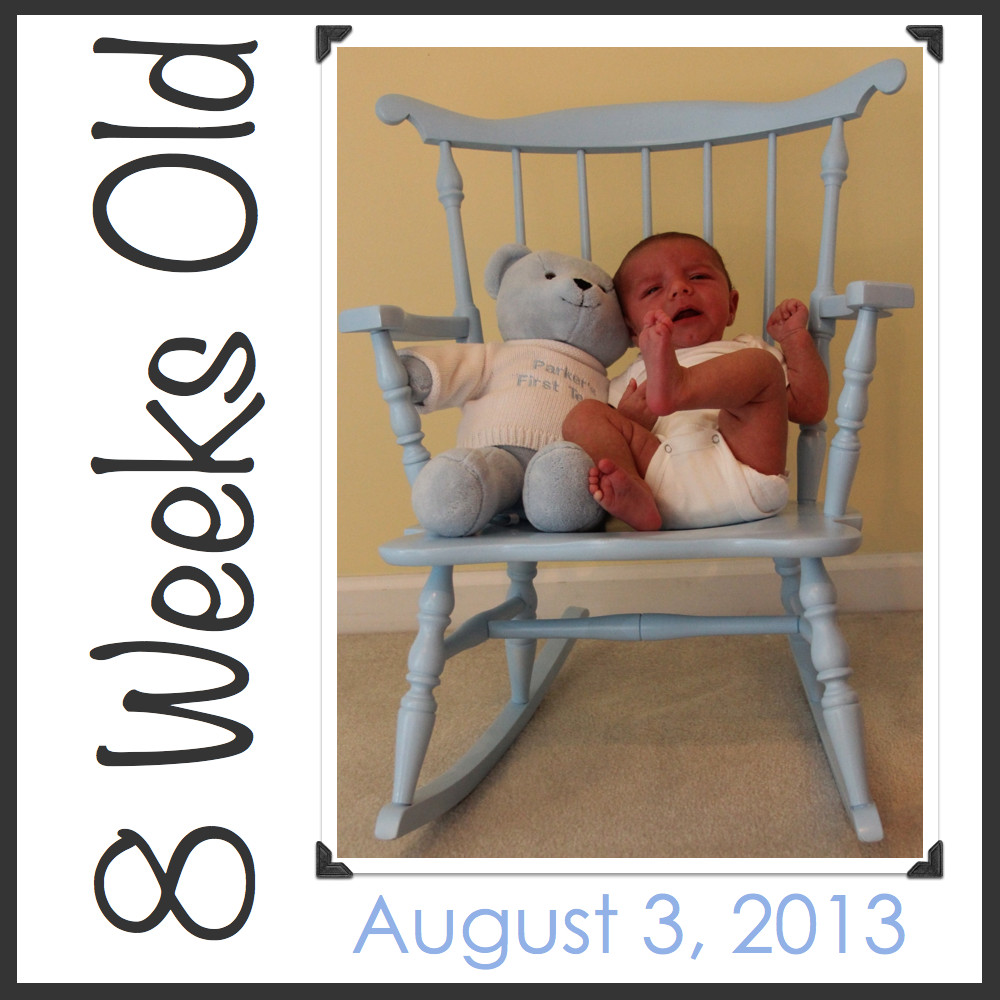 As you can see, Parker wasn’t thrilled about having his picture taken last week. But we like to keep it real around here; this probably won’t be the first weekly photo featuring tears and a red face from crying!

We kicked off week 8 with a fun day at Henson Robinson Zoo for the World Breastfeeding Week walk. I provided music for the second year in a row, and it was fun to participate with Parker this time around. My mom and Zach also came and we all had a great morning. 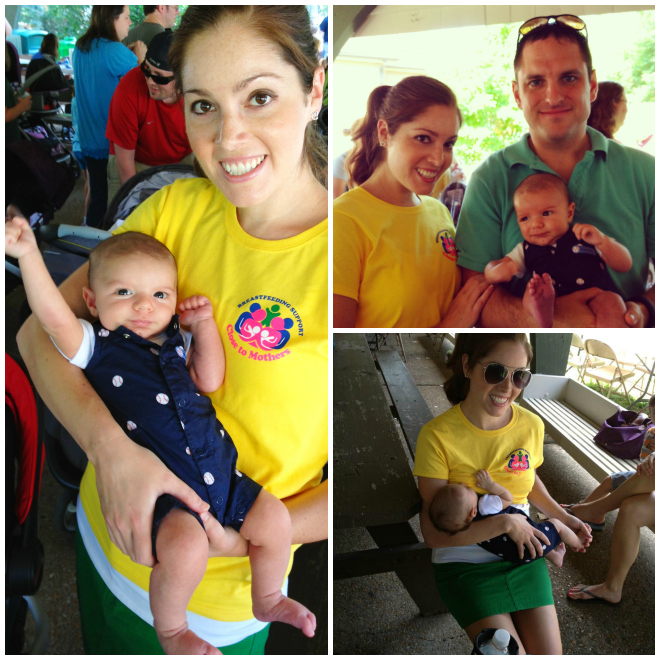 Parker continues to love napping in his swing (for hours at a time!) and is sleeping really well at night. He still wakes up to eat anywhere between 1-3 times, but he goes back to sleep easily afterward. He’s usually in a great mood when he first wakes up in the morning — my favorite thing is unswaddling him, because he stretches his arms in the air and makes the cutest face like he’s saying “I’m free!”

I made an awesome discovery this past week: Parker LOVES hanging out in the bathroom with me while I take a shower. I’m pretty sure it’s the sound of the water, since he loves the white noise app so much and they sound very similar. He will sit happily in his rock ‘n play as long as the water is running, but the minute I turn off the shower, he starts fussing. Watching me put of my makeup and do my hair just isn’t quite as captivating ;)

Other 8 week happenings: Parker’s first trip to the grocery store (he slept in the Ergo carrier the entire time), his first public meltdown while shopping at Kohl’s (that was NOT fun), attending another birthday party (our friends Nico and Amanda’s little boy, Luka), and lots and lots of smiles and cooing. He is becoming so much more interactive, and he is so curious about the world around him.